Odesa (ukr: Оде́са / Odessa ru: Оде́сса) in southern Ukraine is a popular summer destination for Ukrainians and tourists from around the Black Sea. This time we are here in winter.

On this short tour around the city centre we start at the Odessa City Hall. The city has lots of festive lights on display still in January as the Orthodox Christmas is in the beginning of the year.

We walk some part of Istanbul Park before going back up to the Prymorskyi Boulevard and Potemkin Stairs. Next we head a few metres on Katerynyns’ka Street to the Monument to Catherine II continuing onwards to Derybasivska St.

On the main walking street Derybasivska we head back to the opera house where we finish this short tour through central Odesa. 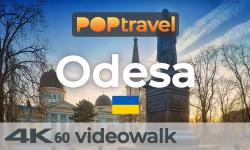 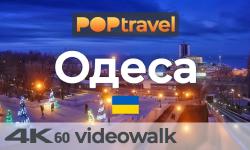 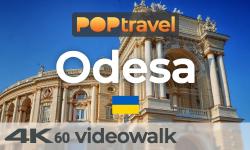 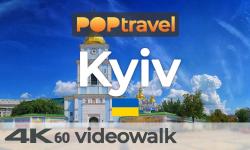 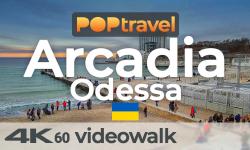